you're lonely
but can't stand
being around people
anymore

you can't quite reconcile
what you understand
with what you feel

what you think
with what you know

burning you up
on a cold night


Completing the series of videos Alex Scott and I produced last year when I was still trying to sell you my album, this video was taken at Slamalamadingdong Poetry Slam (the same gig where a few of the live poems on the final album were recorded).


If you want to sing-a-long with Randall, (or just can't understand what I'm muttering my way through) the poem itself follows this post. 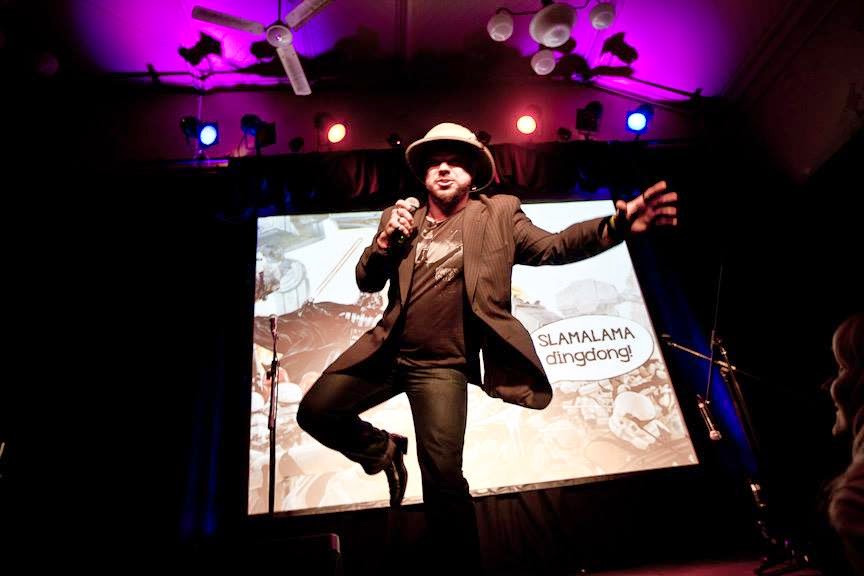 Feel like a bit of a YouTube binge?
Why not check out my video channel for a previous installment of my battles with the English language at: https://www.youtube.com/user/Brainthatweighsatun

Feel like checking out what this spoken-word-album nonsense is about?
Why not click on this rather handsome looking picture below to find out: 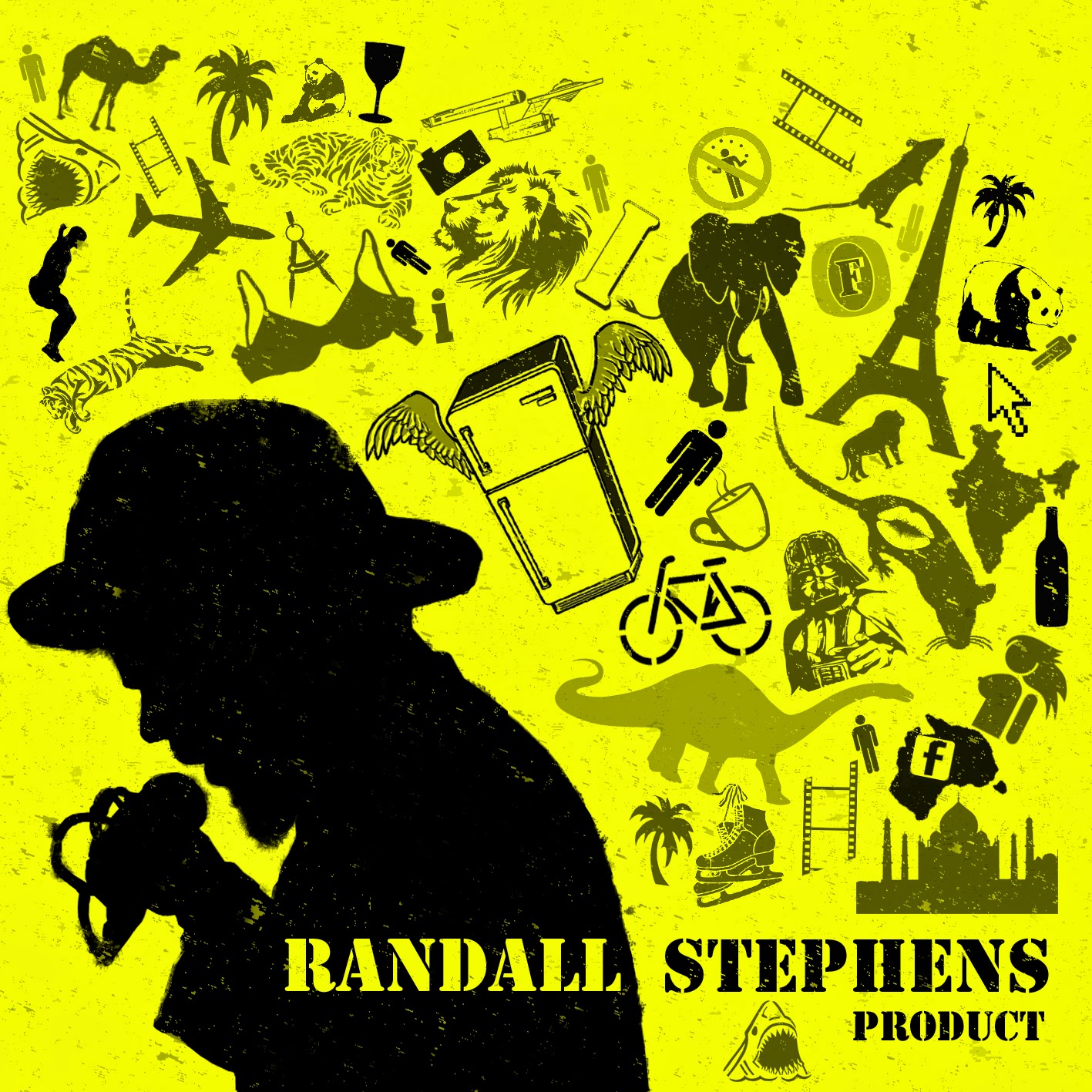 I can tread water
like there is even a grace to it
I can breathe under water
…at least,
I try to now and then

I’m a projectile launched out to see
with all the grace of a fridge trying to fly
failing, falling, closing on the water
until I crash piercing through
with a huge splash 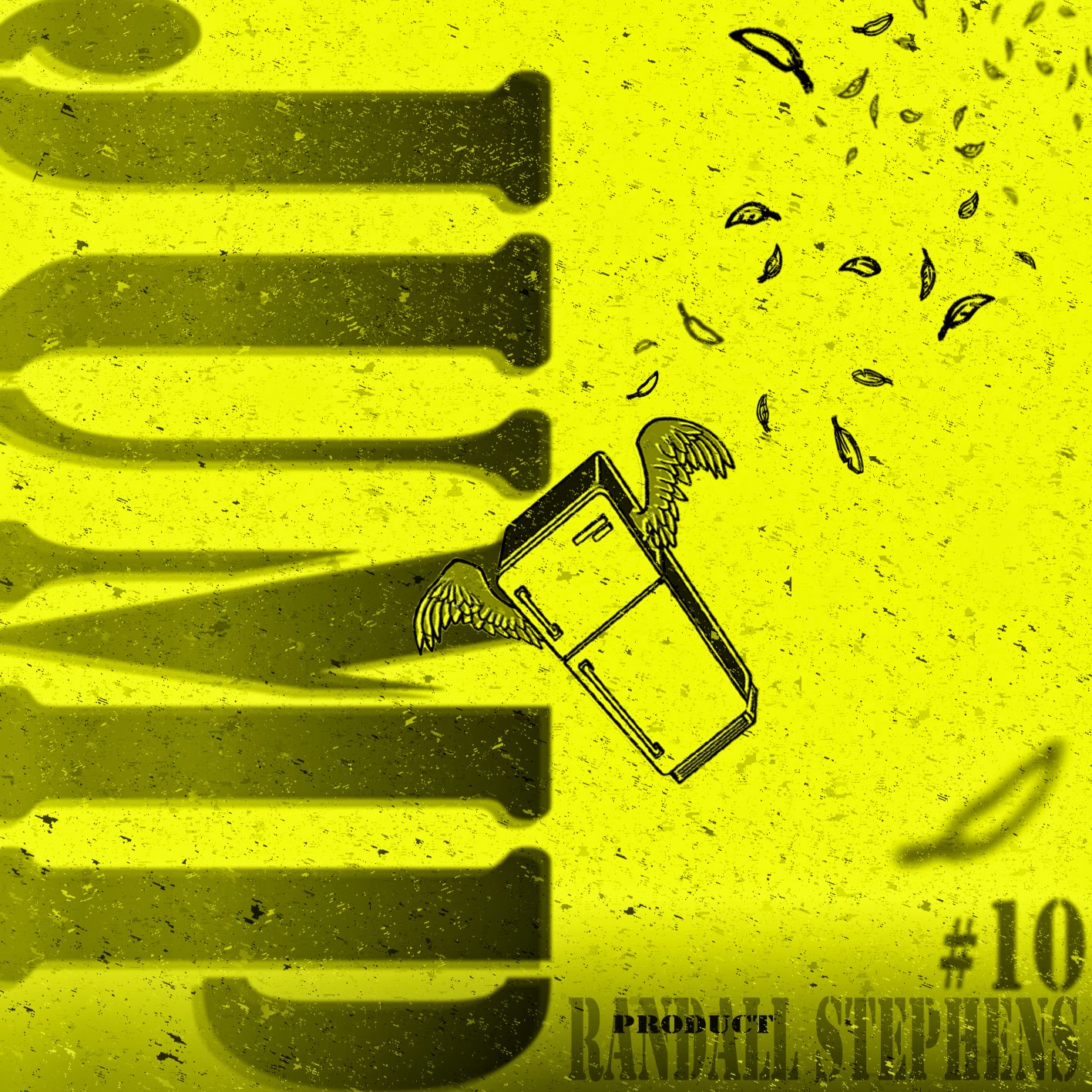 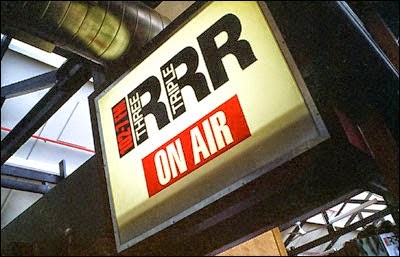 Tune into Triple R (3RRR 102.7FM) this morning at 11am for The Grapevine, I'll be guesting-it-up in their Reading Room segment- with Melissa Cranenburgh.

More about The Grapevine:
http://www.rrr.org.au/program/the-grapevine/

Or you can stream it live from the net at: http://ondemand.rrr.org.au/live

If there ends up being a podcast after the facft I'll embed it here later.

Posted by Unknown at 4:17 PM No comments:

he's not hungover this morning

no recrimination
to be held against dumb things said
or done

no nagging guilt
to start looking after himself
better

he's not hungover this morning
and it feels

My new resolution to promote each and every event of note I perform at collides with slap-dash do-things-past-the-last-minute work ethic, combining to bring you this belated post, about this exciting event tonight. My first ever published work (the poem "Except for Architecture in Helsinki") is now finally available in actual print, as part of the first three collected volumes of Little Raven- 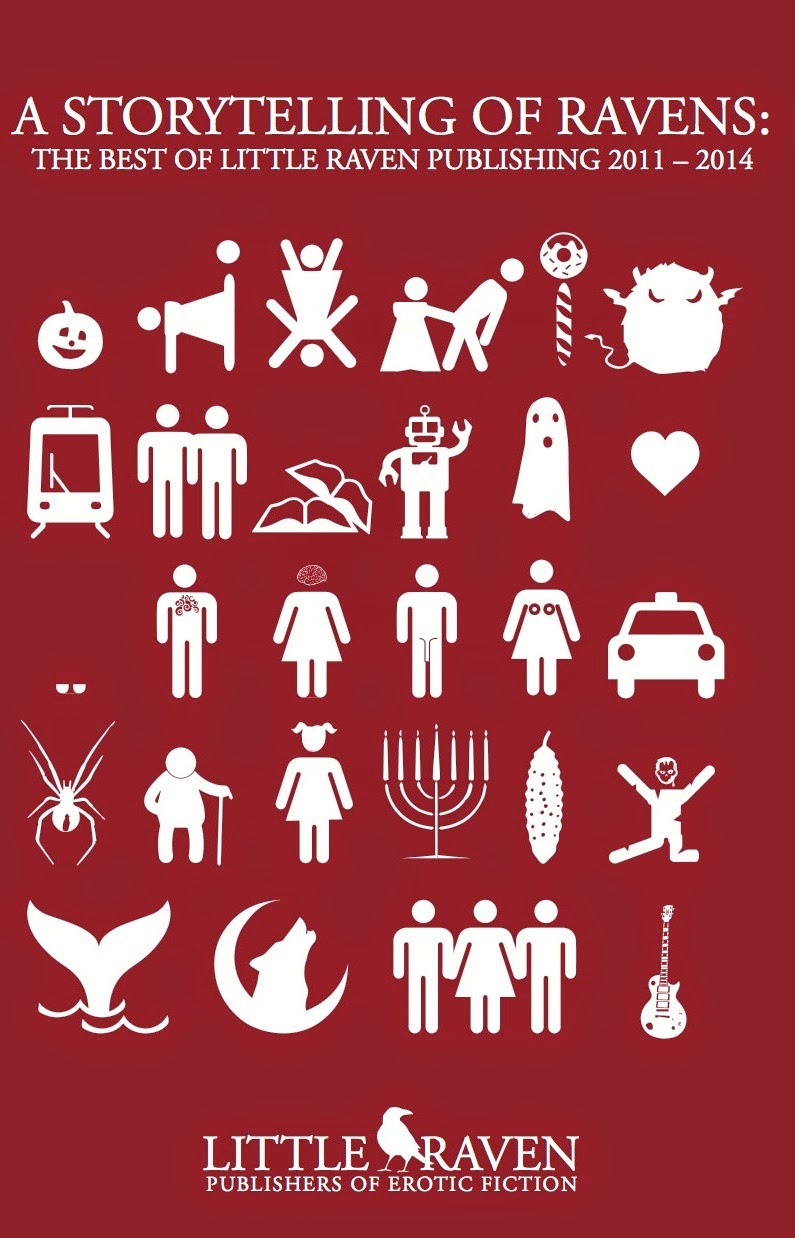 
'A Storytelling of Ravens: The Best of Little Raven Publishing 2011 – 2014' is our first print publication. This omnibus is a sleek, sexy, in-your-hot-little-hand book that combines work from 'Little Raven One', 'Little Raven Two', 'The Brunswick Street Strip' and exclusive bonus material. 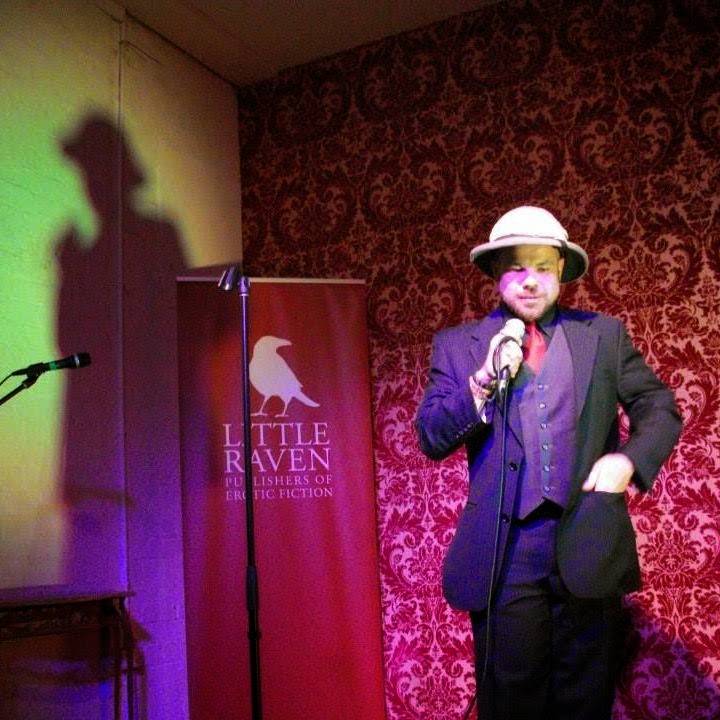 Hope to see you there!

...not in our stars but in ourselves (or Astrology sucks shit and my 6 year old nephew already knows more about how the sky works than you) - 17/06/2014

in the year 2014
some people
still believed in it

I mean I think you can’t

... well no I don't actually know anything about this matter

...look I'm not taking any responsibility for this

...stop making this so hard

that will clear this up

astrology
as brought to you by ancient peoples
who didn't know Uranus and Neptune existed
(or even Antarctica, for that matter)

Carl Sagan must be shrugging in his grave

astrology
in the year 2014
it’s all fairly harmless though

...I mean it would be irrational
ridiculous
meaningless
to try connecting disparate
things together
wouldn't it? 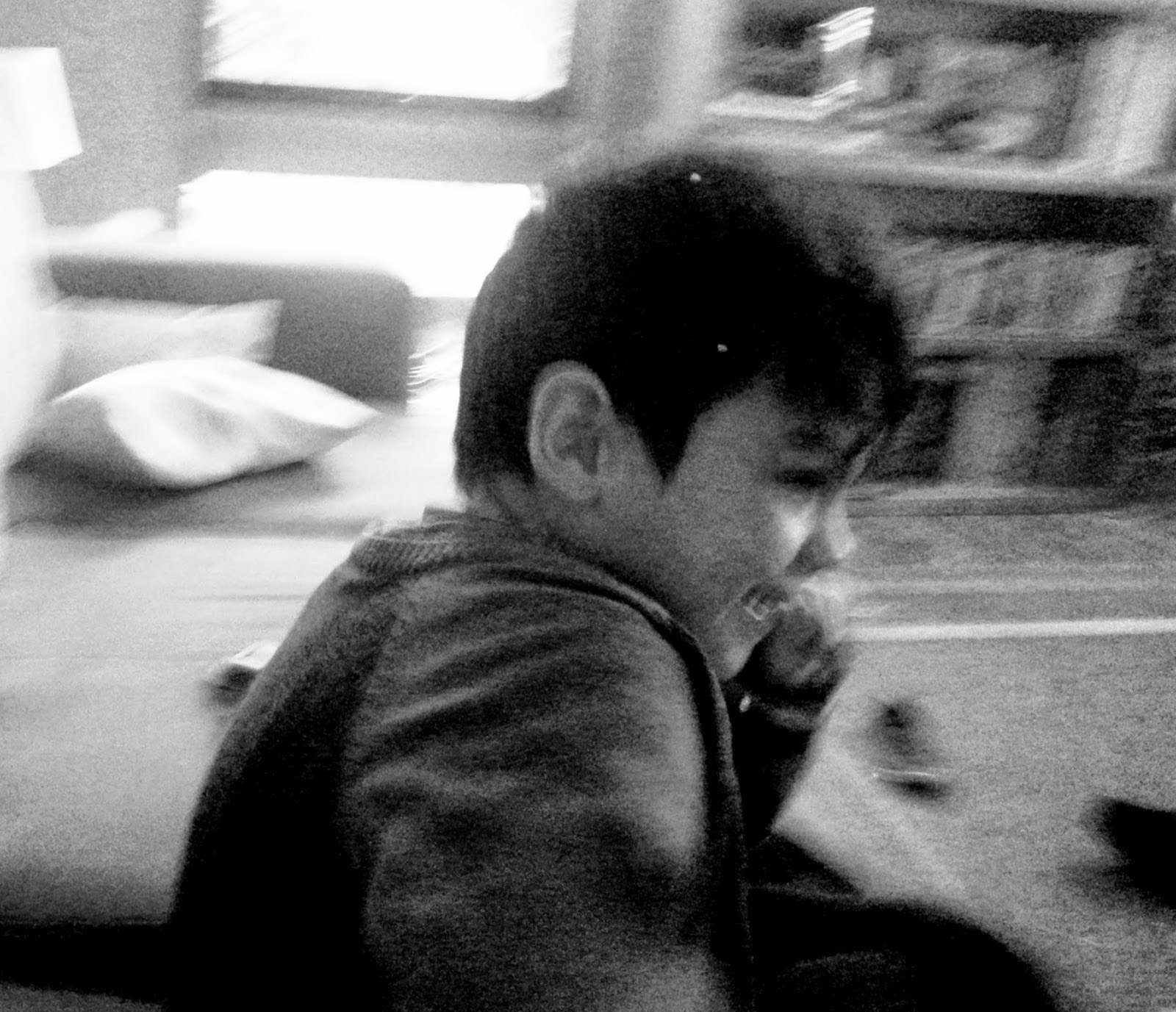 
Taurus, in case you were wondering.

Posted by Unknown at 4:37 AM No comments:

it's all medium, soft and extra-soft
yeah

(by the time you read this)

these posts
these bits of data will outlive me
stored somewhere by the NSA
Google and what/whoever else
it may never be read again
or all that much, while I am still alive but

I'm just neurons
-firing off nail clippings
sweat, semen
unwanted body hair
bound into a soft shape
by an immutable will
to not die (just yet)
propelled to interact
with the world
by the various appetites
that constitute a human life

they were beautiful
already gone,


by the time you read this

Tomorrow night (or tonight if you're reading this Tuesday) I'm honored to be performing at La Mama Poetica, which as a long-time Melbourne poet, is a kinda a big deal. La Mama theater has a proud place in the history of Melbourne underground/grass-roots/bohemian culture. (At least according to some documentary I saw about Lygon Street. Anyway... trust me, and more importantly come along!) 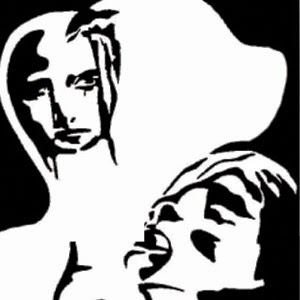 Here's some details on (besides yours truly... you know who I am presumably or you're not reading this).

PAUL MITCHELL
Paul Mitchell is a Melbourne-based poet, fiction writer and journalist. His first poetry collection 'Minorphysics' won the 2003 IP Picks Award for Best Unpublished Australian Poetry Manuscript. In 2007, he published 'Awake Despite The Hour' (Five Islands Press) and a collection of short fiction 'Dodging The Bull' (Wakefield Press). In 2013 he wrote, produced and performed 'Being A Wheel Family', a poetry-based show at the Melbourne Fringe Festival. Paul was co-judge of the 2013 Victorian Premier's Literary Award for Poetry, and teaches creative writing at Melbourne and RMIT Universities. He is completing a PhD in English (Creative Writing) at Latrobe University.


BRONWYN LOVELL
Bronwyn Lovell is a Melbourne poet who has been published in 'Australian Love Poems', 'Cordite Poetry Review' and the 'Global Poetry Anthology'. Bronwyn was the winner of the 2013 Adrien Abbott Poetry Prize and has been shortlisted for the Newcastle Poetry Prize and the Montreal Poetry Prize. She works as a Publications Officer for Writers Victoria, writes a poetry column for 'Lip' magazine and is Australian Poetry's poet-in-residence at 'Kinfolk' in Melbourne.


ELIZABETH 'LISH' SKEC
Lish is a Melbourne entertainer who writes poetry plays, short stories, comedy and songs for adults and children. She has two chapbooks, Butterflies of New Dawn (1996) and Leather Skin, (2002) and one recent poetry collection Breath (Luckner Press 2014). She has co-written and performed in several plays, including The Stork (with Kerry Scuffins for Overload 2004), Goddess Wanted must provide own pedestal (Melbourne Comedy Festival, 2005) and played Venus in Venus of Marrickville (a modern readaptation of Shakespeare’s Venus and Adonis by Komninos Konstantinos Zervos). Along with Pamela 'Mimi' Sidney, Patrick Alexander & Paul Skec, Lish was one of the four founders of Accidental Poets @ Good Morning Captain. She has organized and hosted readings at various Melbourne venues, organised several song and poetry writing workshops and was the winner of the Human Rights Poetry Slam Award in 2010


Going to break out some new poems and a few classics.  Hope to see you there.


set yourself on fire

and through that
they made me
feel 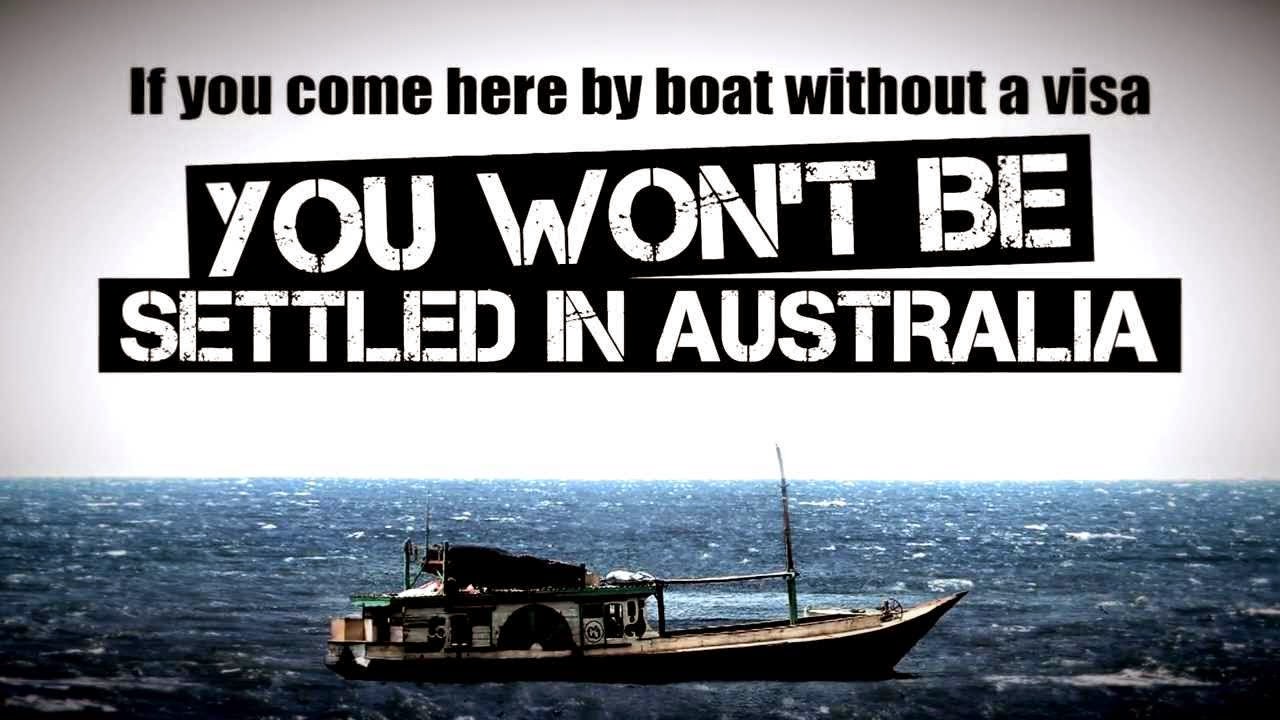 Those of you on the facebook/twitter vine know I've been working away on a little poetry chapbook, in time for a combined cycling/poetry tour I'll be embarking on come-August.

The chapbook "Unsettled in Australia" is about working with asylum seekers in the community, which I did in 2012, with Australian Red Cross. It's 98% material that you haven't seen before on this blog, written specifically for this publication.

Ultimately the book will be used to help raise money to assist the Asylum Seeker Resource Centre, whom I know first hand do great humanitarian/legal/community/work.

I don't want this to be a collection of trauma-porn stories I've appropriated off of the vulnerable people I worked with, but rather an anecdotal account of my work, a gonzo-style first person shooter as welfare worker, reflecting on Australian society as I tried to help people integrate into it.

The writing is coming along, however I'm already having to edit things out. One rather painful excision is a prologue I wanted to have open the story. The idea was to set a mentality about Australia in a global context of being a very rich country, and all the community services we enjoy (with the people I worked with did not have access to, even once out of detention).

I love the idea of starting with a prologue set years ago on the other side of the world to give a bit more sweep to the overall story, however an opener needs to be punchy too, and this is just too damn long, because of the length doesn't work as an opener/precursor to the story I'm trying to tell, especially as it doesn't deal with the subject matter.

However think it's an interesting piece of writing on it's own, so I thought rather than just recycle-bin it, why not put it up here for posterity's sake, and as a teaser of sorts-

What does paradise mean to you,
living in this place?

ended up just throwing it in a gutter
wrapped in western guilt
with the rest of the garbage
how many angels can dance on the head
of your conviction not to litter
amongst rubble
...westerners don’t venture this way much

I come from paradise

where I live
hospitals are for everyone
and medicine is mostly free
If I had been born here, kid
a haemophiliac like me
without access to that system
would have died
from the bleeding disorder
before I reached your age

I come from an impossible place
where you can live in comfort
your whole life
without war, want or disease
where superstitions about gods
don’t rule over people’s lives

I don’t know where those riot police came from, either

this is what I wanted to say
to you before, kid
I don’t know
what you know about
my country
I’m just being simplistic

yeah,
another thing kid
just as the hills here
separate a lake paradise
from a rioters purgatory
back home
we have marked divisions
of our own

in Australia
our biggest problem
is not knowing how to help

(see I shouldn't have told you it was too long, because now the whole time reading it you were saying to yourself hey this is too long, weren't chya?).

Anyway, I am going to hack that down to about 20-30 lines somehow to include it in the book. Hopefully it will be finished within the month. Watch this space.

governments change
leaders and regimes are toppled
laws are passed and overturned
artistic praise is fleeting
audiences swell, wax and wane
with tides of fashion
lovers come and go
daylight burns out
as the stars above shift
and the mountains themselves
move over the eons
but amongst all that
unchanging,
and always...

the waitress will come
top up your water
right after

...but it gives good head

every time I try getting in touch
with it
I end up in a head-lock
as it calls me a poof
then asks me quietly,
if I still do poetry
before crying on my shoulder
sobbing uncontrollably

well who needs you anyway