We're getting in the Dan -Saturday February 16th

I'm nervous. Tomorrow for the first time in over two years, I'm performing my first featured-reading at one of Melbourne's regular poetry gigs. I had consciously avoided doing these gigs since then, or going to them altogether for that matter, finding the afternoons/evenings pretty hard to get through generally, even as a spectator. 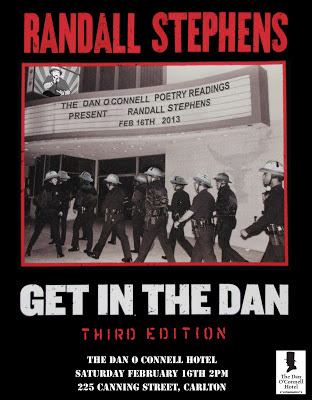 The quality of the work tends to be pretty uninspiring, and the people there very insular. Something  you invariably end up (having to) apologise for dragging your friends along to.

With previous features I did 2009-2010, as a newly-arrived performance poet, I became increasingly frustrated that the levels of innovation, theme and novelty I was bringing to each new gig (from narrative links, to duets, covers) were being met with indifference or even worse still, open hostility.

However, what I had forgotten over that time is, as much as the open mike slots themselves, what an immense opportunity these gigs can give you, as a canvas to try out a whole slew of new work, in a fairly low-risk setting.

So somewhere between certain die hard open-mike regulars trying to weed tall-poppy out from the grass roots, and me just being an arrogant cock, I figure tomorrow will be a good chance to flex a few muscles I haven't used in a while, and try out a cross section of different material. 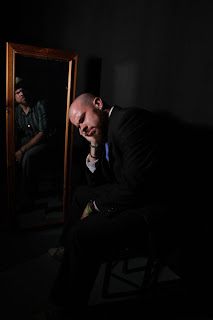 I get accused frequently of only going online/on facebook to promote stuff, which I don't choose to wear ~ for the record, the bulk of my activity is posting inconsequential tweets, photos, re-posting other poets' news and lots of inane commentary.

But it's me flashing big-push for events like this that seems to stick out in people's minds, and form their lasting impression, which for my money only serves to reveal how little pride most people take in discussing/promoting their own work.

I mean, in standing up and saying "OI! YOU! YOU LIKE STUFF? YEAH COME LOOK AT ME THEN. YAY!" versus not having the courage/confidence/chutzpah  to invite people to come share your art, of those two parties, I ask you, which indeed is the one that needs to get over itself?

I guess because it's self promotion it seems more crass, inauthentic and egotistical. At this point I'm supposed to have either found people/organisations/publishers etc to back me, or just pipe down, admit defeat and give in to some flagrantly-false modesty, while player hating with all the jealously you can glare into someone's back.

Well... not yet. I'm still here, still believe I have something utterly unique-yet-universal to say that's worth the time-taken of yours to share it. I got something you might like to hear. Tomorrow, we're gonna have a ball.

He’s been called “The Michael Caine of spoken word” by Geoff Lemon, referred to as “a rock star poet with daddy issues” by Anna Fern. John Garret has said “I just can’t understand why anyone likes him”. Cam Black once called him “flaccid, two-dimensional and insincere”

Les Murray on the other hand, has never heard of him, but they once glared at each other across the buffet table at the Newcastle Poetry Prize ceremony. Les blinked first.

His name is RANDALL STEPHENS. He is a poet –laureate chip on the shoulder of the Australian poetry community. He's gotten too big for his boots, and he's got feet covered in broken egg shells. He's got hands covered in cheap jewelry, and he's gotten his hands dirty getting here. He's got a big fucking mouth, and he ain't afraid to use it.


...Yeah, you should all come along tomorrow.  You'll hate it of course, but at least you'll have more ammunition this way.

.
Posted by Unknown at 2:00 AM No comments: Links to this post

I Love You. Today.


and hallmarks all over my face.

Posted by Unknown at 11:18 PM No comments: Links to this post

absolutely we are,  I reply
pointing to the bike lane
cum-parking zone


clearly and exactly showing where that margin lies 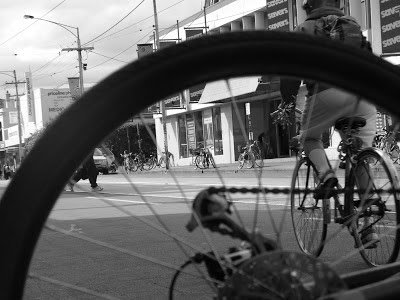 (must have been something bad)

averted eyes and blank faces
from other patrons
surreptitiously watching us

(yeah, must have been really bad)

the afternoon is drowning
in deep misunderstandings
before this


I thought I was having a nice day

.
Posted by Unknown at 5:30 PM No comments: Links to this post

...and that cool way you should wear your sneakers

and now after years
of walls between us
built narrow and straight
he tells me finally
not to worry
don't starve the artist
that while there's nothing wrong
with how his own
family-man path unfolded,

that while this world already has
plenty of plumbers
anxious social workers
and tram drivers like him,
it has far too few
possessed enough
lucky or crazy enough
to follow their own dreams

trying to inspire
to change the way
we all think

less gifted than the gifts I get
my throat clenches up rock
the phone much heavier now
and I can't get tears out the way
for all my fancy ways of phrase
to tell him simply
as the simple way he said it...

just how much hearing his words mean to me 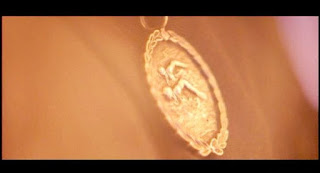 .
Posted by Unknown at 4:44 PM No comments: Links to this post

than the rules are in protecting people 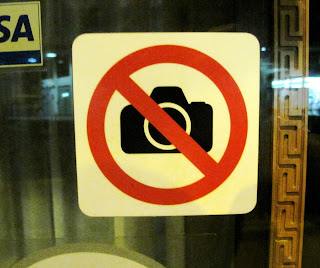 (Regarding the title: yeah look I usually hate willfully/obscure references myself, but in this instance, what the hell, I figure y'all got y'browsers open... go google 'drapetomania' and have some fun joining your own dots)

drowning my tongue
in dumb questions
you already answered

preemptive replies
written almost honestly
all over our skin

I sink finally
into silence

wishing I’d learned to read your back better