simultaneously I saw, for myself
why it is that I never remember
the names of people like her


behind those folded arms.

until it stops beating up
before breaking down again
until they fuck off
with their contained faces
until it's the last truth
until this is nothing but,
or just because
it's the only thing left to do


I'm staying here, until I find you


Another in the new series of clips we've gotten finished, this one filmed at Slamalamadingdong Poetry Slam, (Melbourne), back in mid-2012. (poem text follows below). 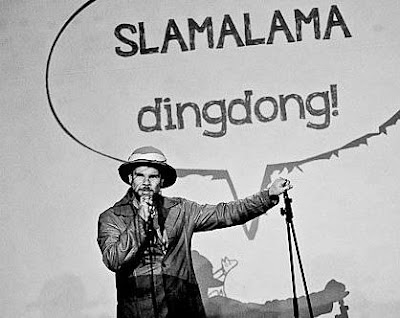 I fucked the holes in my story

wanted her so bad
that it was... bad
punched that pain of that
into myself
tried using the bruise
to feel like maybe somehow
(ow) we really connected

Randy & the One Night Stanza with Anis Mojgani -THIS SUNDAY 26th May (+ a competition for you!)

While I try keeping this blog as an outpost for my actual work and not just another arm to promote it, this Sunday I'm involved in something so fundamentally uh, fundamental to that work that it deserves a special mention: 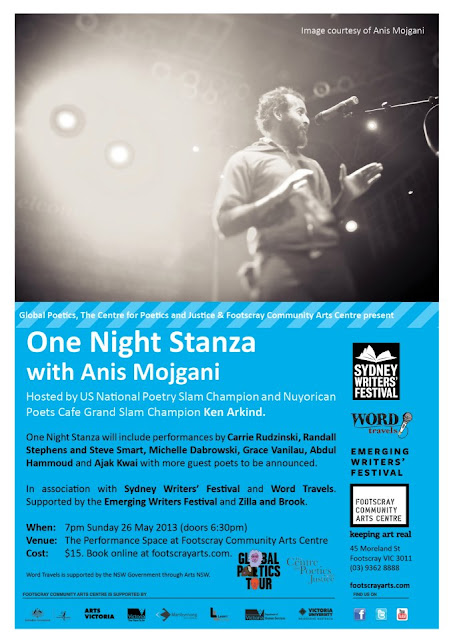 This Sunday Anis Mojgani is doing a performing at a poetry event in Melbourne and I somehow begged, pleaded and threatened my way into getting on the lineup. And had them throw in Steve Smart with me for good measure. This is like if a boxer got to do a show fight with Mike Tyson or Muhammad Ali. Though I fully expect to walk away with less bruises and both my ear lobes. Steve and I are that ambitious. 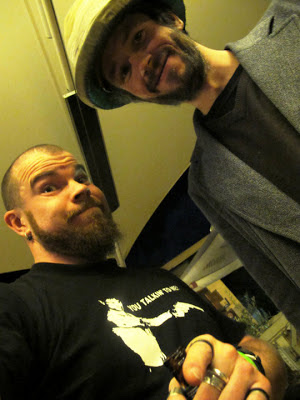 Below is the first clip of Anis Mojgani poetry I ever saw, years ago and back in those salad days when I still took slam oh-so seriously. I know Anis' work has moved on significantly since then, but I think this clip still illuminates why I'm excited to be seeing, let alone performing at, an event with this man:


I'm also really excited to be part of/associated with Global Poetics tour again, who in 2011 brought out other slam poetry giants Ken Arkind and Jive Poetic (and I'm also really-really excited not to have to fly to Sydney, back from Thailand to be on the marquee this time, anyway...). As well as Anis Mojgani GP is also being back Ken Arkind, his friend Carrie Rudzinski, and backing them up with other local talents like Michelle Drabowski and Freya Dougan-Whaite. It's going to be a great fucking show, sho 'nuff.

On a more personal note, and reflecting back on the differences between now and 2011, I honestly feel a lot more ready for this. When I met the mighty Shane Koyczan, I was so intimidated that I went out of my way to show how not-intimidated I was, and yep, made a complete dick of myself off stage.

I don't flatter myself that the pendulous vagaries of my insecurity verses egocentricity, is much better under control, only that I do the duck-gliding-smoothly-on-water-while-paddling-furiously-below act a little better than I might have two years back.

SO I HAD THIS IDEA (AND THIS IS WHERE YOU COME IN, READER):

I know I'm going to say something stupid to this Anis guy, like I did with Shane Koyzcan, like I still do every time I bump into Emilie Zoey Baker or someone else I'm a flat-out admirer of. So why not just accept this as given, resign myself to it and furthermore, have a bit of fun with this. So I'm putting this out to you, dear reader: give me a suggestion of what I can say, something heinously stupid, something self-sabotaging-ly awful, something completely random to say to Anis Mojgani when I meet him.


THE WINNER (BEST SUGGESTION I LIKE) GETS A FREE PRE-RELEASE COPY OF MY NEW ALBUM: 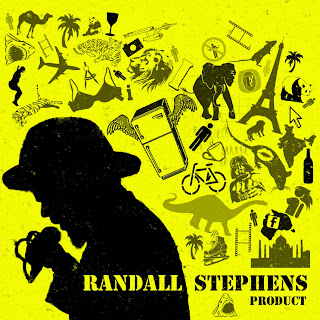 Try and get creative here, but punchy and short is the key.  I've already accused him directly on facebook of repeatedly sending me naked pictures of himself, so you've got a good head start right there.  Send your suggestions to: randallstephenspoetry@gmail.com


Meanwhile, I hope to see you in Footscray on Sunday, while Smarty and I are up there trying to lower the tone.  For a link to the facebook event click here.

(Though more importantly to book tickets for it click here) 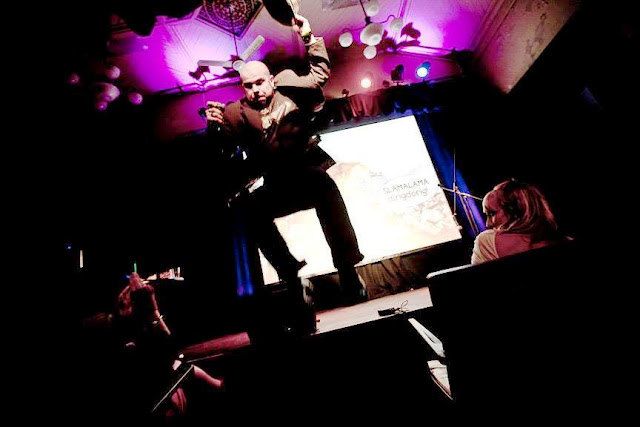 The infamous mammary glandular rant by Randy (text follows below -so you can sing along at home). Edited by Alex Scott. Performed as part of feature I did for the lovely folks up in Brisbane last year.

it is for these
for which I continue for to quest
though it oft-times
seems utterly hopeless
as most women just think I'm a pest
to say nothing about
joining me to get undressed
where, I could get a better look at
yeah, her breasts

on the crest of a conquest
I want the bequest
to please be her guest
by all means make... a mess
all over her breasts

breasts, I do not jest
their shapes have become enmeshed
upon my very consciousness
threatening my equilibrium and wellness
my imagination gives me no rest
and on exposure to them now
my intellectual power plumm-ets
spiralling into an infinite regress

breasts!
damnable breasts I say
they're horrible monsters like Loch-Ness!
and like Captain Ahab chasing
the White Whale I too am obsessed
by those compelling and comely  breasts

now I have the onus
of saying to their owners
in the tone of this poem
I mean no disrespect in my intent
but my fellow human beings
It is so, so -hard-
to ignore what I've seen

I've been a bit quiet on the blog for the last few weeks for two reasons, firstly I've been getting the album ready for a major launch in Melbourne sometime in July, including getting a whole series of these videos done. Secondly because I've been performing (and will be performing a lot more in the next few weeks). There are some great gigs coming up. Please my good friend Benjamin Solah's site Melbourne Spoken Word (http://www.melbournespokenword.com) 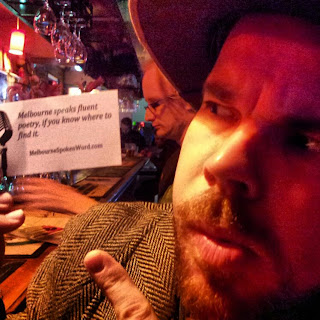 It's gonna be a great gig, all-star line up, hope you can make it down! 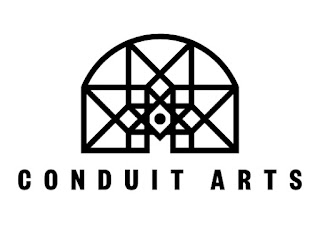