you see the fearful

and you
don't want to be one
of them

having your own name
advertised back to you and how
-can-

and you...
you are scared too
you don't want them
to be you

so tomorrow,
wash all their filth away
by getting just a little dirtier
carve into your blunt fear
attack it berserker


you're no longer afraid of it 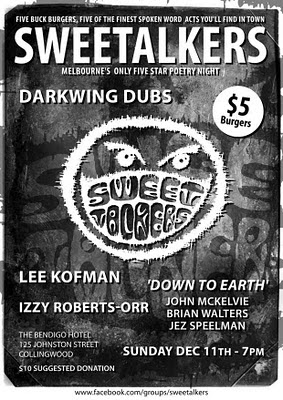 Here's what we're talking about: 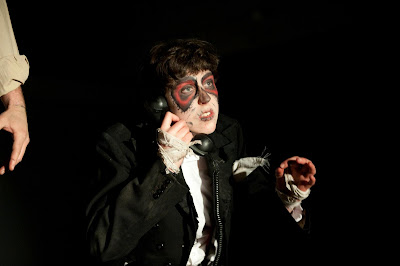 21 year-old Poet/playwright Izzy Roberts-Orr originally hails from Footscray but has recently moved to the dangerous, botoxed depths of the inner east in order to attend Monash University, where she studies politics, philosophy and law. Izzy was a finalist in the Overload Poetry slam last year and a Muddy River Slam winner and is currently working on a collection of poems entitled "portraits of people on fire."
Earlier this year, her play 'NightMinds,' a fusion of poetry and performance text garnered excellent reviews at the Adelaide Fringe Festival. She is currently working on a new play called 'Twins' which is going on for further development as part of the MKA workshop season at MTC Theater.

Sweetalkers will be Izzy's first full poetry feature, and if that wasn't enough: She'll actually be turning 21 -the day- of this Sweetalkers event. We promise not to do something lame like get her a cake and make everyone in the crowd sing happy birthday.


The Secret Life of Inanimate Objects

The Secret Life of Inanimate Objects from Izzy Roberts-Orr on Vimeo. 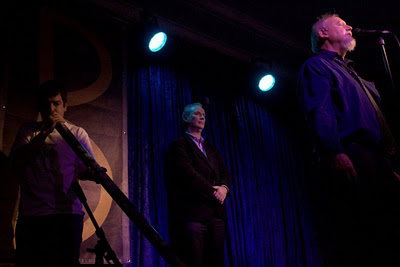 "Down To Earth" is John McKelvie, Brian Walters and Jez P.A. Speelman joining forces to deliver a dynamic and beautiful set of spoken word, lyrical poetry and song expressing their individual connections and collective homage to our home; planet Earth.

Brian Walters is a barrister, co-founder of Wild magazine and the Greens in Victoria, and a keen supporter of spoken word.

Jez P.A. Speelman is a performance artist, poet, sound artist and multi-medium arts enthusiast. He has performed and exhibited all over Melbourne and other parts of Australia and has been described as a "hybrid
fun factory" and a "cartoon character with a microphone".

John McKelvie is a poet and singer songwriter originally from Scotland with a voice matured for forty years in a whiskey barrel. Poets think he’s a good singer and vice versa. Has disgraced the Melbourne poetry scene for a
number of years and would be one of poetry’s older statesmen if there was anything statesmanlike about him. 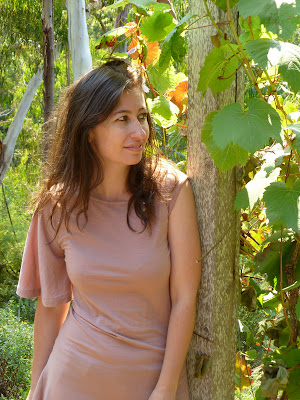 Lee Kofman is an Israeli-Australian author of three fiction books. Her poetry, alongside her essays and short stories, has appeared in Australia, USA and UK. She is the recipient of various awards and writing residencies. Lee performs poetry and spoken word widely, including taking a part in Saloni M and Liner Notes, Melbourne's Emerging Writers Festival and Wordplay. 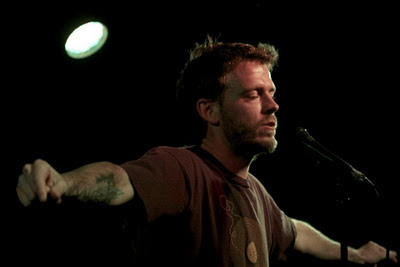 Brisbane based artist Darkwing Dubs has been performing his experimental mix of hip-hop and poetry for almost a decade, with a diverse artistic history involves theater shows, hip-hop crews, poetry collectives, bands, beat-making and DJing.

Four-time state finalist in the Australian Poetry Slam, and twice competing in the national finals (coming runner up in 2010), and also finalist in the Nimbin Performance Poetry World Cup two years in a row. Founding member of Brisbane’s most dynamic poetry collective, Broken Records, for the past two years which has seen them on stages at the Queensland Poetry Festival and the recent Canberra slam summit.

Darkwing Dubs covers an amazing sweep of spoken words styles and subject matter, the energy and crowd connectivity displayed when Darkwing Dubs steps behind the microphone, has to be seen to be believed.

If Jesus Was Born Again

Darkwing Dubs - If Jesus Was Born Again. from thomas on Vimeo. 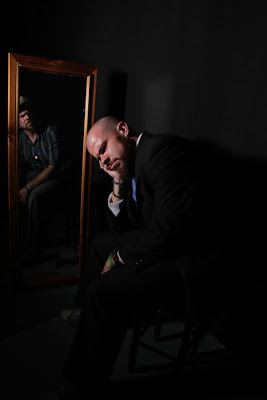 Randall Stephens has had a short and lusterless I mean lustful I mean lustrous career in public speaking beginning humbly with singing in the shower to swearing at his cat and yelling at his (fucken) computer, before moving on to singing along to headphones while cycling in the CDB, scaring people with animal noises out of drainpipes and in more recent years has made a career for himself heckling actual poets at their gigs.

Randall now brings his many years of experience standing upright, dressing himself and opening his mouth to see what comes out, to battle against the English language as our new MC for Sweetalkers this month. Oh dear.

It's all THIS SUNDAY, December 11th
at The Bendigo Hotel
125 Johnston Street
Collingwood 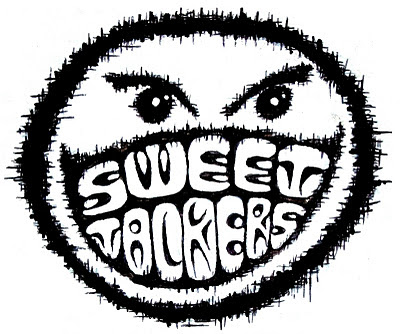 it's cold out there

the bar
freezes
between your fidgets


when you go back out there